TOOLS & OPTIONS How Our Service Works Platinum Upgrade Virtual Phone/Video Calls IMBRA Request Our Executive Plan The Process Why Us? Cost Meet Our Matchmakers Send Her A Gift

How Our Service Works Platinum Upgrade Virtual Phone/Video Calls IMBRA Request Our Executive Plan The Process Why Us? Cost Meet Our Matchmakers Send Her A Gift

Newest, beautiful, single women now added for week of Wednesday, 28 September, 2022 - Tuesday, 4 October, 2022
Your opportunities here are truly worldwide. Explore our site deeply to see how you can realize that!


In modern times, we have the ability to form meaningful and fulfilling relationships online with people we’ve never even seen before. We now have the privilege of engaging in courtship and romance with someone who hasn’t even seen us face to face yet, and that in itself isn’t entirely unheard of either.

In fact, the phenomenon itself has been around for a while now, which is probably why it isn’t that awe-inspiring when you first think about it - but if you take two steps back and observe the idea from a wider perspective, it’s actually quite a big deal that our species has been able to achieve this feat.

Ponder this for a moment: some couples have never even met their partners in person before.

During the early and mid half of this century, it was virtually impossible to get to know (and interact with) someone who you’ve never had prior knowledge of beforehand - let alone somebody from a different minority or nationality that knows absolutely nothing about you.

We know that pen-pals have existed for as long as letter writing has been around, and we also know that the ancient postal system even predates the birth of Christ himself. How incredibly fascinating is that we now have the technology necessary for solidifying full-fledged, romantic relationships oceans away from each other? Digital mediums now allow for a seamless, personalized interaction between multiple parties, and less than half a century ago, internet dating would’ve been seen as something straight out of a sci-fi flick. 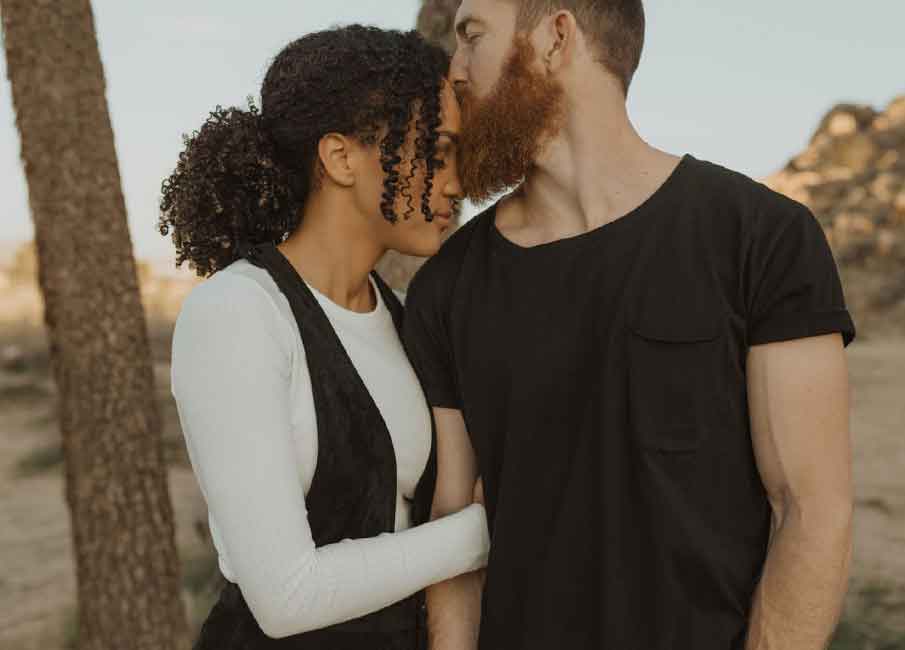 Dating trends of mixed-race couples aren’t that different from normal ones.

The world is a peculiar and curiosity-inspiring place, more so now than any other time in human history. Technology continues to transform and innovate itself with each passing year, as more and more solutions to pre-existing communication problems become widespread and easily accessible to the public.

The advent of online dating has paired countless interracial couples together, and overall, millions of couples worldwide. These are human beings from varying cultures and backgrounds - people who have never even known that the other person exists, who are now engaging in fruitful interaction through a digital platform that allows for a highly interactive way to communicate. That’s incredible.

So in what specific ways did the advent of online dating influence the dating trends and mindsets of intercultural couples? Is there any observable difference between their habits in contrast to that of same-race couples? And furthermore, do the interactions between intercultural couples that met in real life differ from those who met online?

Is there a difference between online dating vs. traditional dating with these couples?

The questions can go on and on, and there’s no limit to the curiosity that one may have towards subjects like these. However, let’s attempt to deconstruct this dynamic and analyze it from its very core.

We can begin by saying that a majority of these couples that met online probably don’t have that many differences in their habits and mindsets compared to those who met each other in real life, considering that the two counterparts would most likely have the same dynamic and cultural barriers to deal with. The only difference is the circumstances by which they met, and the platform they met on.

With that in mind, we may say that:

They tend to be extremely open minded.

It’s very clear that the capacity to exist in this current time and era allows us to enjoy the privilege of being able to live our lives the way we want to - to be who we desire to be, and to be ourselves.

It’s apparent that intercultural couples are among the many minorities that are able to reap the benefits of this privilege. Of all times in the timeline of human existence, now is the golden era of free-thinking and acceptance towards the preferences of those around us.

Open mindedness is a central cornerstone of a diverse community. As people continue to live their lives among so many vastly different people with their own cultures and mindsets all congregating in one area, they tend to become more accepting and open towards different ideas, different lifestyles, varying preferences, and the attitudes of others.

Acceptance towards intercultural lovebirds is a defining trait of modern society in most first world nations. It’s no shock to us that these men and women are highly accepting of other people as well. In fact, it’s quite common for these couples to have a more in-tune sense of fashion trends, cultural richness, varying mindsets, and diversity in general. They’re usually very smart and sophisticated people.

This is because they’re aware of the fact that intercultural relationships are a quintessential aspect of a progressive society, and though it may not seem like such a big deal to these regular, everyday interracial couples, the reality is that it truly is an eye-opener to have the privilege to openly date a member of a different race.

In modern times, acceptance is gospel. 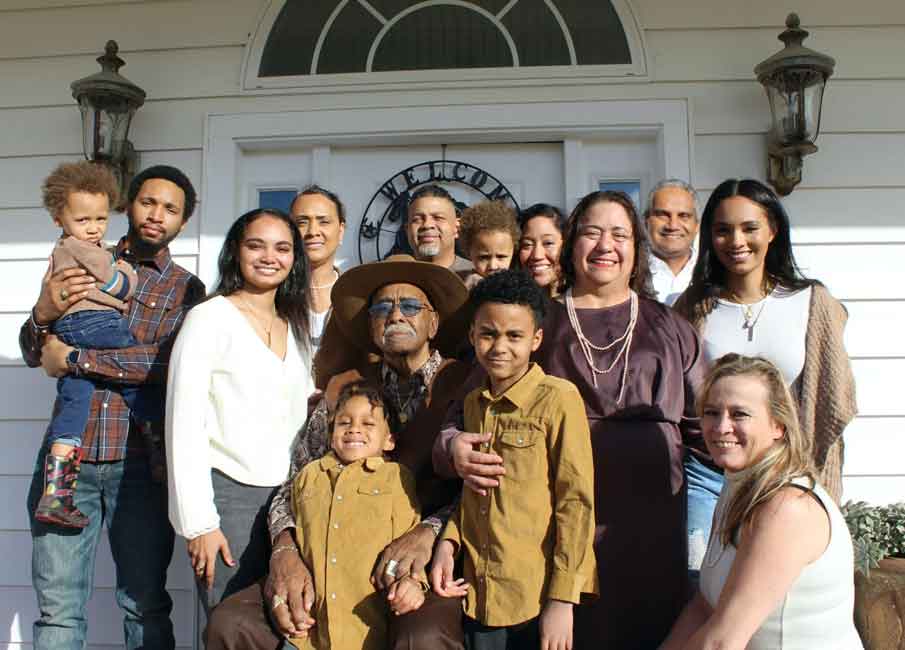 Mixed-race couples who met online and have families diversify the cultural gene pool.

Hateful, preconceived notions towards their relationship doesn’t affect them, and they aren’t worried about discrimination anymore.

The very same couples you see today - going about their day, strolling through parks, shopping at grocery stores - could have all been racially profiled and ostracized at certain points in humanity’s recent past.

As little as only thirty years ago, an interracial couple could receive evil looks, hateful comments, and outright discrimination from racist citizens who refuse to accept their love - and the same thing goes for members of the LGBTQ.

The luxury of living in modern times as an interracial couple is synonymous with the freedoms that the pioneers of change had fought so hard to achieve years before. Many minorities had to undergo years of oppression, hiding from the public eye, and unjust treatment - just so people today can enjoy the liberties that they do.

Meeting online or meeting in real life does not erase this liberty.

The couples who met online probably met through social media or matchmaking sites.

That’s right - no different than regular couples nowadays. You could be a member of any minority or race, scrolling through Facebook like the average person does. A highly attractive person from the same minority as you catches your eye on your suggested friends list, so you add them and get a conversation going.

On the other hand, some of these couples may have been introduced to each other through international dating services like online matchmaking sites and dating platforms dedicated to connecting people with potential partners from all around the world - whether it be miles apart in your own country, or oceans away in a distant part of the globe.

Surely by now, you’ve heard stories of how couples met and fell in love using services like these. They really do work wonders for some people. Nowadays, mobile dating apps and foreign dating services are responsible for the union of countless couples worldwide.

Ultimately, the implication of this is that many same-race relationships are very similar to interracial ones, in the sense that their dating habits and mindsets tend to transcend the digital realm. In the end, many of these people are from the same generation, grew up with the same influences, use the same dating apps, and probably have a lot more in common than meets the eye.

Behind the screens of our phones, we’re not all that different if you think about it. In fact, we’re all human.

Newest, beautiful, single women now added for week of Wednesday, 28 September, 2022 - Tuesday, 4 October, 2022
Your opportunities here are truly worldwide. Explore our site deeply to see how you can realize that!